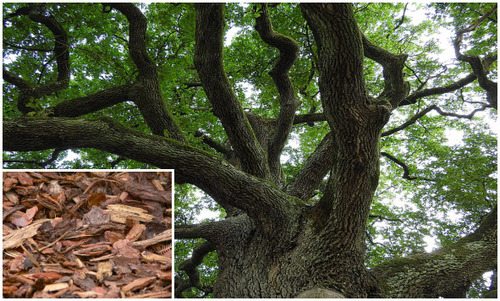 Habitat: Native to South Africa and found primarily in Cameroon, Gabon, Nigeria, the Congo, and Zaire.

Yohimbe is an MAO inhibitor, so it may be unsafe to take with sedatives, tranquilizers, antihistamines,

narcotics, or alcohol. Poisonous doses of this herb are reported to paralyze respiration and the drug can cause severe hypotension, abdominal distress and weakness. It can also be used as an ichthytoxicant (fish poison).

Yohimbe bark has been used in Africa as a medicinal herb for many years to treat fevers, coughs, and leprosy. Often the tea was taken by warriors in preparation for battle. Traditionally this herb was also taken during fertility celebrations, mating and marriage rituals. It has been used as a topical anesthetic slightly milder than cocaine, and a hallucinogen when smoked. Today it’s most common, use is as a sexual enhancer which is effective in both sexes. It has FDA approval for this use. P. johimbe, is the source of the only clinically-proven cure for impotence. It is also used to assist weight loss as it increases the amount of fat burnt up during exercise and suppresses the appetite.

Transplant your seedlings into a sunny to slightly shady location in your yard. Place a 3-inch layer of vegetative compost, such as shredded pine bark, over the top of your planting site. Work this soil additive into the top 8 to 12 inches of soil, mixing well. Set your biodegradable seed pots into the soil, keeping the surface of the pots even with the surrounding soil. Fertilize your trees in the early spring. Yohimbe trees require warm temperatures to survive. Do not plant these in your outdoor landscape if you live in a climate that experiences freezing temperatures.

Seed: 1 part potting soil and 1 part peat moss. Lay two or three seeds over the top of the soil in each pot. Sprinkle a light covering of soil over the tops of the seeds, covering them to a depth equal to about three times the diameter of the seeds. Water your seedlings as often as necessary to keep the soil barely moist, not wet. Continue to use the bottom-watering method to avoid soaking the soil near the sprouting seeds. Thin to one per pot when true leaves appear. Keep at 14 C-16 C. Turn your pots one-quarter turn each day to ensure even growth and good airflow to all parts of the developing seedlings.

The bark is harvested during the rainy season, May to September, when its alkaloid content is highest. Since stripping the yohimbe tree of its bark eventually kills the tree, new yohimbe trees are planted regularly. New trees grow relatively fast and can even sprout from the stump of a dead tree. The most active alkaloids are not present in the bark until the tree is 15-20 years old. 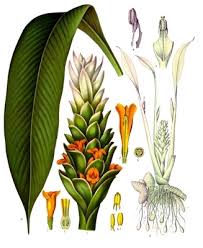 Yohimbe is symatolytic and hypotensive and has a local anaesthetic action similar to that of cocaine but it is not mydriatic. The vasodilating action of yohimbe is particularly strong on the sex organs, hence its aphrodisiac action. P. johimbe is also used as a local anaesthetic, a mild stimulant to prevent drowsiness, a hallucinogen, a treatment for angina, a hypotensive, a general tonic, a performance enhancer for athletes, a remedy to increase the clarity of the voices of singers during long festivals. Today it finds it’s primary use as an aphrodisiac having gained FDA approval for that purpose. It is effective in both sexes but it is most commonly given to men with erectile dysfunction. Moreover, traditionally the bark is smoked and is used for treating hypertension and angina. Today several medical professionals prescribe consumption of the bark extract for treating organic impotence. It energizes and increases the blood flow to the genital region in both males and females and stimulates the pelvic nerve ganglia, thereby, helping in treating impotency.
It is used by body builders to maximise the amount of fat burn up during exercise and to increase their performance but can only be effective as a weight loss herb when taken as a part of a regime that includes exercise.

In the recent past, research on the use of the bark in animals have found that they increase seizures and motor activity if consumed in high doses. In humans, the heart rate and blood pressure may increase. Moreover, excess fluid in the body may not be excreted, thereby, retaining them in the body and over time, causing chest discomfort. It is recommended that pregnant women should avoid consumption of yohimbe bark as it may relax the uterus, thereby, harming the fetus. Moreover, breastfeeding mothers should avoid its consumption as it may harm the newborn child.

Capsule or tincture or decoction:

The usual dose of the drug yohimbine is 15 to 30 mg daily in divided doses, according to the Swedish Medical Center. Some people experience optimal effectiveness at much lower doses, even as low as 5 mg daily. Taking a higher dose of yohimbe does not necessarily produce better effectiveness, and some individuals will not experience significant benefits for up to three weeks of treatment.

Combinations: For sexual dysfunction in males with Saw Palmetto and or Ginseng.

Possible side effects of Yohimbe:

Possible side effects associated with its use include high blood pressure, increased heart rate, headache, anxiety, dizziness, nausea, vomiting, tremors, and sleeplessness. Yohimbe can be dangerous if taken in large doses or for long periods of time.
Yohimbe should not be taken by people with heart problems, high blood pressure, anxiety, kidney disease, those who are pregnant, or taking antidepressants.

A preferred fuel wood species.  The inner bark is utilized as straps for hunting panniers.  The young poles are used for construction purposes. The species is widely used as a snare-trap mechanism due to its flexibility. Tannin or dyestuff: The bark contains tannins.

The bark contains up to 6% of a mixture of alkaloids, the principle one being yohimbine, which is also known as aphrodine, quebrachine or corynine.

The presence and amount of alkaloid activity in P. johimbe bark is highly variable.

Yohimbine accounts for 1-20% of its total alkaloid content but it also contains 55 other alkaloids. Among the others is corynanthine, an alpha-1 adrenergic receptor blocker which increases the effects of Yohimbine meaning that whole plant preparations are more effective.