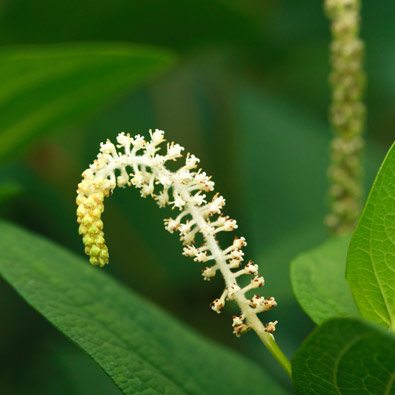 Habitat: South-eastern N. America – Southern Maine to Florida, west to Texas and Wisconsin. Grassy or sandy woodlands, in dry or moist peats, sands and gravels, especially on the seashore.

The fresh root is mildly poisonous causing abdominal discomfort (hypogastric). May lead to colic, diarrhoea and vomiting. As used to treat amenorrhoea avoid during pregnancy.

This medicinal herb should not be confused with False Unicorn Root(Chamaelirium luteum); True Unicorn Root is an excellent remedy for sluggish digestion, which may give raise to dyspepsia, flatulence and debility. Its bitter nature will stimulate the digestive process and so it often finds a place in treating anorexia nervosa. Another name for this herb is colic root which shows it’s value as a remedy for digestive colic. As all these conditions can often have a nervous involvement this herb is called a nervine. However, its benefit in anxiety is based on an easing of the physical aspects rather than a direct action on the nerves. It is reported to be of use in threatened miscarriage. It was one of the key compounds in Lydia Pinkham’s vegetable compound which was immortalized in the song Lily the Pink, which lauded it’s virtues as a woman’s tonic.

Aletris farinosa; True Unicorn Root, is a PERENNIAL growing to 0.6 m (2ft) by 0.2 m (0ft 8in).
It is hardy to zone 7. It is in flower from May to August. The flowers are hermaphrodite (have both male and female organs)

Seed – sow the seed in a greenhouse in early spring. Sow the seed thinly to allow the seedlings to be grown on for their first year without potting them up, but give a liquid feed from time to time to ensure that they do not become nutrient deficient. Prick the young plants out into individual pots the following spring and grow them on in the greenhouse for the next winter. Plant them out into their permanent positions in early summer. Division in spring.

The underground parts are unearthed at the end of flowering in late summer washed cut into pieces and dried. Please note that it is important not to use this herbs root fresh as it may have narcotic effects which disappear when dried.

The greatest value of true unicorn root is its tonic influence on the female generative organs, proving to be of great use in treating cases of habitual miscarriages. Used for gynaecological disorders or ‘female complaints’ in the US including dysmenorrhoea, amenorrhoea and prolapsed vagina complaints . It also promotes the appetite and is used in the treatment of diarrhoea, rheumatism and jaundice. The root is bitter, diuretic, narcotic and tonic. Only use the dried rootstock, in large doses the fresh root is somewhat narcotic, emetic and cathartic. A decoction of the root is a bitter tonic and has been used for expelling flatulence and for various uterine disorders. It is used in the treatment of colic, though small doses, especially of the fresh root, can cause hypogastric colic. .A tea of the leaves has been used in the treatment of colic, stomach disorders, dysentery and bloody dysentery.

The original formula for Lydia Pinkham’s Vegetable Compound was:

Other uses of True Unicorn Root:

The root contains diosgenin, which has both anti-inflammatory and oestrogenic properties.