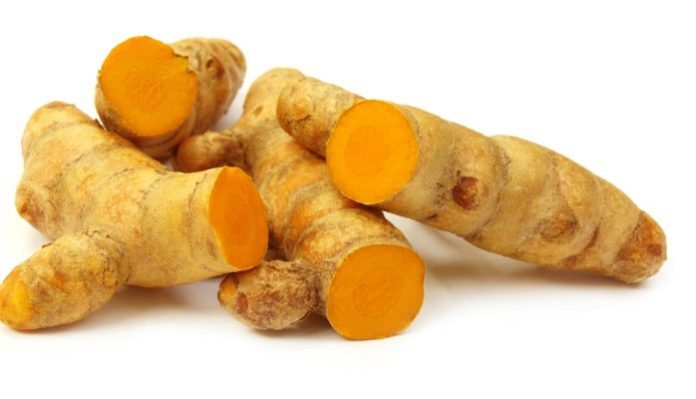 Rheumatoid arthritis is a chronic systemic inflammatory disorder that is distinguished from other forms of arthritis by the joint destruction that is its prominent feature. Typically, 30% of patients do not respond to the classic forms of treatment. Curcumin, the major active constituent of the spice turmeric (Curcuma longa, Zingiberaceae), has been shown to modulate numerous pathways related to inflammation. This randomized, single-blind, pilot study examined the efficacy and safety of a curcumin extract in comparison to, and in combination with, diclofenac sodium (a pharmaceutical non-steroidal anti-inflammatory drug [NSAID]) in patients with mild-to-moderate rheumatoid arthritis (RA).
The study was conducted at Nirmala Medical Centre in Muvattupuzha, Kerala, India, and included 45 patients (38 females and 7 males; mean age=47.88 years) with RA according to the revised 1987 American College of Rheumatology (ACR) criteria (with RA functional class I or II) and Disease Activity Score 28 (DAS28) > 5.1. Patients were excluded if they were taking NSAIDs or other anti-arthritic therapies, had any complicating surgeries or diseases, were pregnant or nursing, or had a history of substance abuse. Patients were divided into 3 groups: curcumin extract (500 mg BCM-95®; Arjuna Natural Extracts; Kochi, Kerala, India; imported and sold in the United States as CuraMed® by EuroPharma; Green Bay, WI), diclofenac sodium (50 mg; no source given), or both in combination; treatments were taken twice a day for 8 weeks. Neither the article nor the manufacturer’s website describes standardization.

Data on demographic characteristics, medical history, and medications were collected at baseline. Body weight, blood pressure, and heart rate were recorded, and hematology, blood chemistry, C-reactive protein (CRP), antistreptolysin-O (ASO), and blood sugar tests were performed. Each patient underwent an X-ray with an anteroposterior (AP) view of chest/hands/wrist/foot and 12-lead electrocardiography as well as a 28-joint assessment for tender joint count, swollen joint count, and duration of morning stiffness.

There was no significant difference in any baseline characteristics between the groups. Thirty-eight patients completed the study and were included for efficacy analyses; all 45 patients were included in safety assessments. No explanation is given as to the reasons 7 patients did not complete the study.

Adverse events were reported more frequently in the diclofenac sodium group and included itching and swelling around the eyes, dimness of vision, and worsening of the condition. Adverse events reported in the curcumin group were mild fever and throat infection (which are not necessarily associated with the use of the curcumin).

This pilot study shows that BCM-95 curcumin reduced DAS28 and ACR scores in patients with RA alone or in combination with diclofenac sodium. It also showed that intake levels of 500 mg twice daily for 8 weeks yielded few adverse effects. The mechanism for this action is not known but is purported to be due to the effect of curcumin on multiple signaling pathways involved with pain and inflammation. The authors reported that BCM-95 curcumin was selected for use in this study based on its enhanced absorption, which has been shown in 2 previously published human studies to have up to 7 times increased absorption than generic 95% curcumin turmeric extracts based on area under the curve (AUC) and 10 times the serum peak of generic 95% curcumin extracts.1,2

The authors conclude by asserting that BCM-95 curcumin extract was the superior treatment in this study, based on its efficacy equaling the prescription drug diclofenac sodium on DAS28 and ACR scores, combined with its superior safety and lower adverse effect profile. What can be said is that this proprietary curcumin extract had a similar effectiveness to the prescription drug diclofenac sodium with few adverse side effects. Larger studies will help to shed light on these findings.

Reviewed:  Chandran B, Goel A. A randomized, pilot study to assess the efficacy and safety of curcumin in patients with active rheumatoid arthritis. Phytother Res. March 9, 2012. [Epub ahead of print]. doi: 10.1002/ptr.4639.