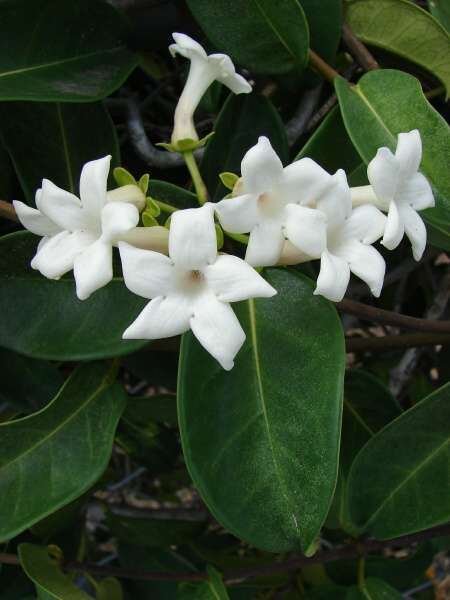 The product of an asclepiadaceous vine about 10 m long and 60cm in diameter. The bark is beaten with a mallet to separate it from the stem when it has been sun-dried. In commerce it occurs in quilled pieces 2 to 4 inches long and 1 cm in diameter. External surface, pale greyish brown to dark brown, nearly smooth, more or less scaly and roughened, with numerous warts or lenticels, the scales soft with sometimes a brownish-black fungus on them, inner side whity brown and longitudinally striate; fracture short, fibrous, granular; odour slightly aromatic, specially in the fresh drug; taste bitter and aromatic; yields not more than 12 per cent of ash.

Not suitable for cultivation in temperate climes.

None known but if you use this in cooking or eat it raw please let us know the details!

This bitter may be used in a whole range of digestive and stomach problems. It is best known for its appetite-stimulating actions, common to all bitters. However, in addition it will relax the nerves of the stomach, making it of use in the settling of indigestion where this is affected by nervous tension and anxiety.

Ellingwood describes it in these terms: “The influence of the agent is exercised directly upon the stomach as a tonic and corrective of perverted action. It is of service in gastric ulcer and in the early stages of cancer of the stomach, for which it was originally lauded as a cure. It is depended upon by some enthusiastic users to retard progress of some cases of this disease and to relieve distress and urgent symptoms when fully developed. It cannot be curative. It will be found of service, probably, in catarrhal gastritis with extreme atonicity and threatened ulceration. In these cases its virtues as a tonic and restorative will find exercise to the full extent of their influence. It deserves thorough investigation and faithful trial. It may be given in the form of a warm decoction with excellent advantage. A wine of Condurango is prepared which has good influence upon the stomach. Half an ounce may be taken with the meals.

“A homeopathic writer gave Condurango internally to a man 74 years of age who had small crusts forming on his lower lip for a long time suggesting the beginning of cancer. He gave a homeopathic trituration and satisfactorily cured the case. This remedy being recommended externally should be tried internally for other cancerous conditions. In the above case a chronic catarrh of the stomach where there was vomiting of a green slime after dinner with hyper-acidity and emaciation was inadvertently cured with the treatment asstated.”

It will combine well with many bitters, carminatives and nervines depending upon the specific condition and individual.

Infusion: pour a cup of boiling water onto 1-2 teaspoonfuls of the powdered bark and leave to infuse 10-15 minutes. This should be drunk three times a day.

None known but if you use it please do let us know!